Why I Brought my Military Uniform to Business School 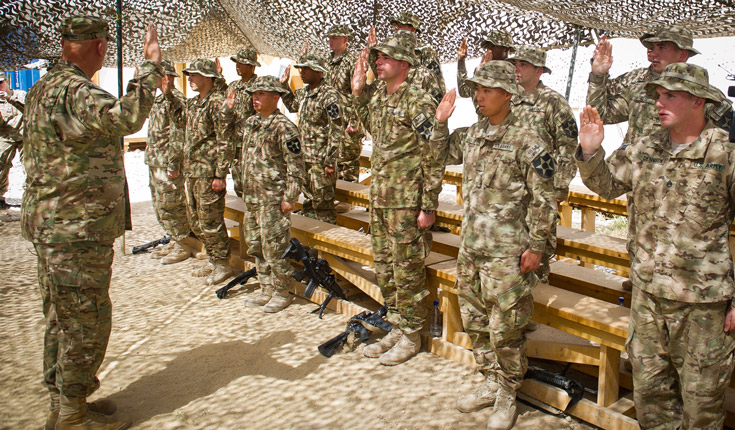 Why some lessons from the military still apply, even in settings where you might assume otherwise.

My name is Ben Faw. I am a West Point graduate, a former Infantry Platoon leader, and a graduate of Airborne and Ranger School. Here is my take on what a veteran can learn at business school.

1. Rank never equaled respect in the military, and neither will your title in the private sector. Pinning the 2nd Lieutenant bar on my beret and shoulders as a junior Army officer following graduation from West Point was an incredible moment. However, I already knew any true respect from my subordinates would be earned through actions and care for their needs, not through the rank shown on my uniform. The same principles apply in both business school and the private sector. As Theodore Roosevelt once said, “No one cares how much you know until they know how much you care.” In my own case, helping my soldiers clean bathrooms when they were exhausted from the sweltering heat in Iraq earned more respect than any rank or position ever would. Post military my experiences in private companies and academic environments have shown this same principle at work. Serving others as a leader has translated into far more credibility and respect than flaunting position, rank, or past accomplishments.

“I speak to everyone in the same way, whether he is the garbage man or the president of the university.”

2. The “Right time, right place, right uniform” still makes a difference. While the peer from the private sector might know Excel modeling and financial statements far better than a veteran, the self-discipline practiced in the military is rarely ingrained as deeply in people from other backgrounds. Malcolm Gladwell writes about the 10,000 hours it takes to become an expert in something; by the first few years of service, many veterans have already completed the 10,000 hours in self-discipline training.  Whether you are going to a unit level meeting or the corporate board room, arriving a few minutes early dressed in the right attire goes a long way in building trust, credibility, and authority. I can still clearly remember a mission I was late for in Basic Officer Training, and I was the patrol leader for the mission! That terrible feeling in my stomach after my commander woke me up around 5 AM is something I will never forget.

“Better three hours too soon than a minute too late.”

3. Fitness, health, and wellness create an edge. Those early morning physical training sessions five days a week in the military were not a waste.  Instead, they built a habit and character trait that now becomes an advantage. Maintaining this fitness routine post-military provides more than just a nice look at the beach; recent research indicates it may lead to higher wages as well. Even if your health never directly impacts wages, the self-discipline and work ethic can shine through to potential employers in a positive way. Practicing healthy living can also help reduce stress and build the resilience and stamina needed for the challenges of the future. With long winding career paths for many in today’s workforce, filled with ambiguity, every reasonable way to reduce stress is useful!

“An early-morning walk is a blessing for the whole day.”

4. Be willing to serve based on the job, not the location. Veterans tend to take jobs all over the country after business school. This should not come as a huge surprise. In their military careers, veterans have been deployed in locations far off the beaten path, and continuing on this same trend of serving based on the job - and not on the location - is nothing new for them. While it can be neat to live in an energetic city, if you dislike the job of culture perhaps it is not the right choice for you. Instead finding something you love that is your great work, regardless of location, might be the best choice.