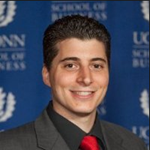 Sign up to receive advice, tips, and exclusive offers to help you on your journey.