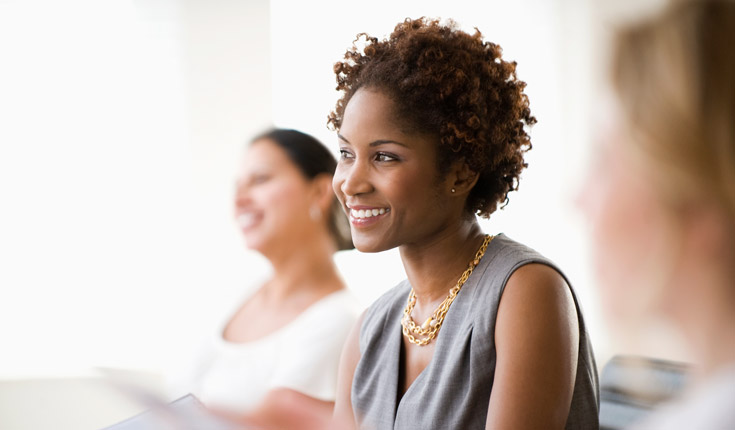 Nerissa Naidu is a leader to watch, according to the World Economic Forum.

In March, the 38-year-old board member at Fennech, a London-based fintech start-up, and former global head of strategy at insurance group AIG was appointed to the Forum of Young Global Leaders.

The forum, the WEF’s foundation for outstanding leaders under 40, gives them a platform to lobby for societal change. Alumni include Jacinda Ardern, prime minister of New Zealand, Larry Page, co-founder of Google, and Jack Ma, executive chairman of Alibaba. Naidu, who grew up in apartheid-era South Africa in the coal-mining city of Newcastle, was appointed for her achievements in breaking the glass ceiling for women in a leading multinational and broadening ethnic diversity at board level.

She left AIG in April, having served on its diversity panel, and is clearly determined to foster further change for others during the five years she will hold the Young Global Leader position. “I feel honoured to have been selected along with an esteemed group of young leaders,” Naidu says. “It gives you a platform and access to many people you wouldn’t otherwise be able to meet, to make an impact in this world and to formulate change.”

She is the first to admit, however, that leadership is something she had to learn as well as practise—and it has not always come naturally.

We meet at London Business School, where Naidu recently completed the Senior Executive Programme, a 12-week course aimed at helping experienced senior executives from the public and private sectors to pinpoint and develop their leadership skills.

Learning takes place through classroom teaching and periods back in the workplace reflecting on the lessons learnt. Participants are asked to assess their relative strengths and skills through a “360 degree” leadership survey completed by their peer group and a series of coaching sessions with a mentor and three fellow students.

This was a challenging process that Naidu admits took her out of her comfort zone. It also taught her that being herself, “being comfortable in your own skin”, was her most important attribute.

“People don’t value being comfortable with [themselves] that much because they think if you do these 10 things in your career you are going to be successful regardless of who you are,” she says. “But as a small-town girl, a minority female from South Africa, I can tell you that sometimes you feel uncomfortable.”

Naidu is conscious that she was fortunate to have been born in an era in South African history when the apartheid system of racial segregation was unravelling and new opportunities were emerging.

She and her two siblings were encouraged by their parents to use the new educational openings available to them to get on in life. Her father, who had been forced to leave school at 16 and became a mechanic, was determined that his children would not follow the same path. “I got my resilience and persistence from both my parents,” says Naidu, adding that she has found this doggedness invaluable as she has sought to progress in her career.

“There are bad days—days when people don’t like what you do at all—and there are those days when you are not getting the promotion when you want it. But you have to take that in and digest that and think, ‘how do I grow from this point; how do I take my next step?’”

"As a small-town girl, a minority female from South Africa, I can tell you that sometimes you feel uncomfortable."

Luck has also been important, particularly in the way she got her first break in business management. Naidu’s undergraduate degree was in industrial engineering and she was expecting to take a job at steelmaker ArcelorMittal. However, a recruiter mixed up her CV with that of her sister, who had studied computer science, and sent it to the business advisers Accenture, which interviewed Naidu and offered her a role as management consultant.

While this initially caused some tension between the sisters, things worked out well for both of them in the end, according to Naidu. “My sister really wanted that interview,” she says. “But now she is in investment banking.” Naidu had a second lucky break when Accenture moved her first to London, then to New York, where she is now based. “I had a revelation both of how big and how small the world was,” she says, adding that it greatly increased her confidence that she could succeed.

"Earlier in my career I probably tried to blend in too much. Maybe this was naive—to think I could be [like] a white bloke"

It was in New York that Naidu had her first taste of business education, completing an MBA at New York University’s Stern School of Business. This provided her with a helpful “toolkit”, Naidu says, but it was the LBS executive education programme that has helped her to work out which of these tools are best suited to her skills or are needed for the particular leadership situations she finds herself in. “That’s really important,” she says. “Knowing who you are is, I feel, half the battle of leadership.”

Although Naidu does not appear to be someone lacking confidence, she says the experience of the Senior Executive Programme at LBS has made her bolder about speaking out. “Earlier on in my career I probably tried to blend in too much,” she says. “Maybe this was naive—to think that I could be [like] a white bloke.”

Like many people—especially leaders—Naidu cites Nelson Mandela as her leadership hero, but given her nationality she has more cause to do so than non-South African company heads.