The CAT in the GMAT™ Exam 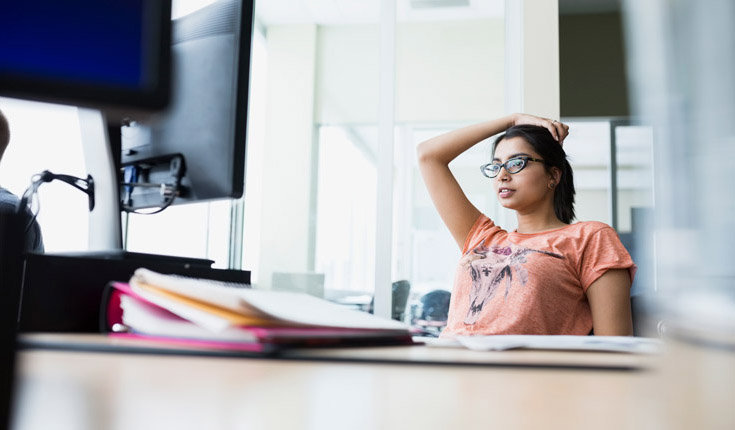 Get answers to questions about the GMAT Computerized Adaptive Testing format.

If you’re looking for a way to keep your furry friend from clawing up your furniture, I can’t help you—I’m not talking about that kind of CAT.

CAT refers to Computerized Adaptive Testing, which is the method used to administer and score the GMAT™ exam. The concept is deceptively simple, but when pressed for details, we psychometricians usually tell you about this mysterious algorithm that prevents us from telling you what your score will be if you get five questions wrong. I hope to clear up a little bit of the misery… I mean, mystery… here.

First, for the simple part: With CAT, your ability is estimated successively based on your responses to the questions administered, which are tailored to your current ability estimate.

On the surface, that makes it seem like the first question is the most important one on the test—like it would make or break you by steering you into one score path or another. Actually, mistakes (or lucky guesses) are compensated for by the rest of the questions on the test (one of the reasons why we need so many). As an example, let’s say there are 10 “levels” of questions, with level 10 being the hardest. The first question you get is level 5, and you answer wrong. You are given a level 2 question that you answer correctly. Then you get a level 4 question, which you also answer correctly. Another correct level 4 question brings you up to level 6 or higher for the next question, and subsequent correct answers can certainly get you to the higher levels.

Now for my DISCLAIMER: The example is for illustration only and is not intended to represent the actual inner workings of the GMAT CAT.

Now that you’ve got the concept down, let’s talk about all the details for the GMAT that get in the way of a simple straightforward CAT. The GMAT exam is a standardized test—to be fair, each test must conform to certain standards, such as the same time limits and the same number of questions. Every test given also consists of the same mix of question types. Imagine if, by virtue of needing questions at a particular difficulty level, test taker A got more reading comprehension passages than test taker B, who ended up with more sentence correction items. This can hardly be fair, since A’s test would likely take longer than B’s. So to keep the test standard for all examinees, the items need to be chosen based on content and type in addition to difficulty level… hence the caveat that just because the next question appears easier than the last does not necessarily mean you got the last question wrong.

So far, I’ve talked mostly about the questions and their difficulty, but not about scoring. Your ability is estimated successively, based first on question 1, then on question 1 and 2, then on questions 1, 2, and 3, and so on. However, the estimate of your ability is not quite the same thing as your score. Ability is measured on a continuous scale while the scores are only reported in a specific range with whole number increments (e.g., Verbal and Quant scores range from 6 to 51, by 1’s; Total from 200 to 800 by 10s); different ability values will correspond to the same reported score based on rounding.

Not finishing the test also factors in. The standard on the GMAT exam is 37 quantitative questions and 41 verbal questions. Ability estimates based on fewer questions (not finishing the test section) will be adjusted, typically resulting in lower scores, though not always (For more information on this topic, see the previous blog on guessing).

To summarize: Your score is based on the questions that were administered to you and whether you got them right or wrong in addition to how many questions you completed.

Bottom line: Don’t be fooled by the rumors you may hear about CATs. On the GMAT, all the questions are important, not just the first few. At the same time, it is important that you finish. There’s no need to stress if a problem looks easier than the last one—it doesn’t mean you got the last one wrong. Just answer every question to the best of your ability within the time allotted, without worrying about whether it is the first one or the last one, or whether you got the previous one right or wrong.

Then when you are done you can worry about the CAT: Get home and make sure he didn’t tear up your furniture.