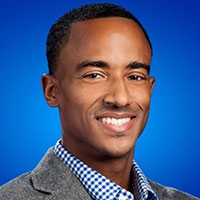 Pursuing an MBA was not instinctive to Juan, but he persisted, and it got him far in life. Juan’s MBA story is one of an executive in tech, specifically at Google, making major headway by understanding the fundamentals of business while living a life that values family, friends, and a way forward for those coming after him. Juan’s journey not only shows the long-term benefits of an MBA in his personal and professional life, but it also demonstrates his leadership development and impact on others. This is the journey of a Chicago Booth MBA.

Let’s go through the beginning… Tell me a little bit about how you figured out that you wanted to go to grad school? What place were you in your life?

Juan Bell: I started off in pre-med, but then I knew I didn’t want to be a doctor. Science and math were my interests after going to an engineering high school so that’s how I ended up in pre-med, but then I decided I didn’t want to go to med school. I was more interested in a career in sports, which I eventually ended up in by working with the Houston Rockets in my hometown. I realized I had great professional experience, but I didn’t have the business foundation given my major and focus in undergrad. I wanted to understand the fundamentals of managing a business and became curious about corporate business. I focused on marketing with curiosity about the decisions people made, which led me to interests in general management and eventually a shift to CPG.

Who or what had the biggest influence on your decision to pursue an MBA/grad school and why?

The president of the Houston Rockets at the time, George Postolos, was friends with John Rice around the time John started MLT. I was looking at law school because, at the time, that was the successful career path in the NBA. People like George, David Stern and many others had taken that route. However, after talking with George, he recommended that business school was more viable to be successful in sports management, so he connected me to John, I joined MLT and took the b-school path.

Did you join any organizations or programs prior to b-school, during b-school, or beyond? If so, how did they help in your school or career pursuits?

I did MBA Jumpstart and joined MLT. Post b-school, I was in the National Black MBA Association (NBMBAA). MLT’s role specifically gave me exposure to other industries and career tracks I wasn’t aware of. I had friends and colleagues who participated as consultants or went into banking so I got a chance to get close to those career tracks as well, but I knew where I was going and MLT made me confident about checking off the steps towards that track. It got me to tell my story and understand my “why” in a greater perspective. MLT is great at creating a network of like-minded people and giving access to companies while pushing you to pick the right options for you and your skill set without needing to follow the herd.

What was the biggest challenge you had to overcome (during b-school or after)?

I worked for a sports team where the setting was slightly small so transitioning into big corporations like Kraft, Pepsi, and Google has been a journey of feeling comfortable and understanding the necessity of merchandising, which is essentially showcasing your work and talking about all your accomplishments loudly. I’m not that person at all, but the higher you go, the more you must feel comfortable with doing that in corporate America. It was tough coming from a small organization and remains my struggle because I don’t always find it genuine. However, it also makes me reflect that if I don’t do this then I’m taking what I do for granted by thinking it’s not a big deal when it actually is, and others benefit from me showcasing my work. I also realized it’s not going to change where I go so I’ve had to accept it.

What was the biggest reward you reaped?

My network and friends have been my biggest reward given the various places I’ve had the privilege of being at. I take my relationships seriously and to heart and try to remain connected for as long as possible. When I leave a place, I hope that I can still connect with people like I never left. I have been very thoughtful and focused on the lifestyle I want to live and what’s important to me, so I’ve been able to maintain and achieve that by spending time with my wife and my family and prioritizing them over work. The fact that I get my cake and eat it too has been the reward, including working at places that allow me to do this. It’s come at the cost of me saying no to certain positions and opportunities to maintain that and for it, I’m my best self at work and at home with my family.

Talk to me a bit about your experience as a Black senior leader with an MBA. Let’s start with your early career.

I had a lot of confidence in my pedigree and that put me in a good position to be successful, especially going to Kraft, which was an amazing training ground for business. Shifting into Google had me working with partners, so I also gained confidence from that experience. I know who I am and although there are a few people like me, I try not to get affected by it. I feel confident with my identity to swim in these circles and realize that people are people no matter how much money they make. No group or person can and should shake me up. Things happen and don’t happen for a reason. It certainly is difficult to see that there aren’t many people like me in the room, despite having that confidence, but I’ve rather felt more of a responsibility to reach back and help people who look, and sound like me. That’s given me additional momentum and confidence while also sticking to what’s important to me.

It sounds like you see mentoring as more of a duty for you. What type of guidance are you giving to the people who look and sound like you? Would you encourage them to pursue an MBA?

It all comes down to exposure through mentoring and sponsorship, so I share what’s happening behind the curtain, how to present yourself and many other tips. I do this with a high school organization. I speak to students at Dartmouth. I also sit on alumni panels at Booth. For those who are younger at my organization, I’ll give them guidance to expose them to the little piece of the world I’ve come to see. I also want to give them confidence so they can learn more and understand if this role is for them or not. It’s easy, a necessity, and part of my role at Google.

How does being a minority in senior leadership affect your decision-making?

I end up being the representative especially when you’re one of the few or the only. I try to ensure those around me are cognizant of the different skills and backgrounds and that there are opportunities for people of color. I try to remind them that the typical ways of doing things won’t account for Black and Brown people. I luckily work for a company that is aware and thoughtful about those interests and diversity. Google’s culture is very collegiate, and people are genuinely interested in being inclusive and being allies, which makes it easier for someone like me. It still requires people like me to speak up during interviews, to change systems, and be conscious of how we respond. These are not unique to me, but rather it’s cultural. We need to encourage each other to do more and I challenge my non-minority colleagues to do so. I want to be a voice in addition to being a face. Even as a Black professional, I have biases, so I personally try to do better too.

The comment is based on the perception of what corporate America is. Solving this is about exposure and a better understanding of what the business world is. Other groups, cultures, and ethnicity have had exposure from their parents and friends, so they have more confidence and have been coached on how to operate in those worlds. The more we do this for people of color, the more confidence they’ll have to operate in those places.

So a few questions in hindsight…what was the most important decision you’ve made in your career thus far?

Leaving Texas to go to Dartmouth and New Hampshire. It was the first experience of me getting exposure to the world and seeing my world in a bigger perspective than I had seen before. Going away from home and meeting people of different backgrounds and statuses heightened my curiosity. My circle of friends, who are mostly Black, were all traveling to do things and now, it’s nice to look at my lawyer friend or doctor friend as motivation, knowing where we’ve all come from. When times get hard, their accomplishments motivate me too to do more because it comes with a sense of responsibility to make those opportunities available for us and to keep pushing because there’s a network that relies on me.

I would not have been as resistant during and after business school. There were more relationships to build, more networking to do, and more exposure to gain. I would’ve also better tried to understand the need to showcase my work earlier. It would’ve helped propel my career further and faster. It’s so important in corporate America. I know Black people and women have a hard time with this and I only encourage them to do so.

To closeout, I want you to channel your inner DJ Khaled… If you could offer a “major key” to success (specifically to people of color interested in a career in business), what would it be?

Attitude! The most optimistic attitude will cause people to gravitate towards you and want to build relationships with you, which is important in business. It makes people want to be on your team, want you to lead them, and want them to work hard for you.