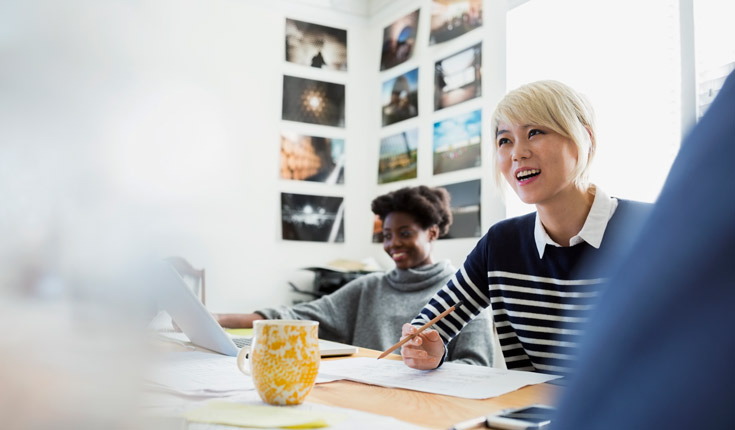 It may seem counter intuitive to go to business school in Europe if you want to do business in China. Yet Robert Hartmann enrolled on China Europe International Business School’s Global Executive MBA in 2016 because it is delivered partly in Zurich, as well as Shanghai, Barcelona and Accra.

“A course in China helps you be successful in China,” says Hartmann, head of supply chain development at Diethelm Keller Management, which manages the eponymous Swiss conglomerate’s businesses, ranging from investments to household products. “I wanted to learn how to work with Chinese companies expanding overseas – potential customers and suppliers. They study in Zurich.”

Hartmann, who is Swiss, also learned from Europeans on the Ceibs course. For example, the US-China trade war raised tariffs on products that his employer makes in China and then imports to America. Classmates suggested he split the tariffs with suppliers, as they had done, and his suppliers agreed. “I would not otherwise know about this; no supplier would admit to it,” he says.

Ceibs aims to achieve this in part by offering executive education programmes in Zurich for companies intending to expand in China yet want to keep travel costs down, such as Dutch nutrition group DSM. “The demand from multinationals to come to China has dramatically increased as China has changed from being perceived as merely a manufacturing base to a driver of profit,” says Ceibs dean Ding Yuan.

The school also helps Chinese businesses expand in Europe through short programmes in Zurich, where they study and visit local companies. Demand is high: Ceibs doubled the size of the Zurich campus in October this year to accommodate an influx of students. Applications to its Global EMBA have increased by 20 per cent annually since 2017, says Prof Ding.

The growth of China’s schools in Europe could threaten Chinese applications to local schools, says John Finch, head of the Adam Smith Business School in Scotland. Chinese students comprise 90 per cent of some finance courses at the school, which is in Glasgow.

Finch says some of these candidates could be ceded to Chinese schools in Europe because those institutions develop more case studies with a Chinese perspective. In addition to cases on European companies, Chinese examples are attractive because many graduates return to China to work.

I wanted to learn how to work with Chinese companies expanding overseas – potential customers. They study in Zurich. —Robert Hartmann, head of supply chain development at Diethelm Keller Management

“We need to globalise our curriculum and develop more Chinese cases,” says Finch. “But it’s hard to access companies in China, as we don’t have a campus there. Competition with China is intensifying.”

Weidong, a Chinese online education company, in 2017 acquired a 70 per cent stake in Brest Business School in north-west France for €7m. It aimed to put Brest’s courses online in African countries such as Morocco, where French is widely spoken, says school president Dai Shen. The school sought an external investor because of cuts in funding from the local chamber of commerce, the former majority owner, he says.

Other French schools have seen support from their region’s chamber of commerce dry up and are considering selling shares. Shen says they could become acquisition targets for Chinese business schools.

The Chinese government, which wants to raise the global standing of its universities, has helped some institutions to expand overseas. In 2017, Shenzhen’s Peking University HSBC Business School bought a campus in Oxford from the UK’s Open University for £8.8m. It opened a business school in 2018. The school’s founding dean Wen Hai has said that Peking University used its connections to the ruling Communist party to approve the cross-border money transfer for the acquisition, despite capital controls that were in force to stem outflows.

Tawhid Chtioui, dean of France’s EMLyon Business School, says Chinese public universities also receive funding from the state. He believes this gives them an edge when expanding into Europe as they can invest more in facilities and teaching.

“[French schools] don’t have the capacity to invest €30m or €40m each year in order to remain competitive,” he says.

However, Chinese schools also face headwinds in Europe. Beijing’s Cheung Kong Graduate School of Business opened a London office in 2011 to recruit students and organise study tours in Europe. Yet limited demand meant it did not open a campus as some companies remain wary of doing business in China, citing fears over intellectual property theft and latterly the trade war, says Bo Ji, CKGSB’s chief representative for Europe.

“The moment hasn’t fully come yet in terms of Chinese schools establishing campuses across Europe,” he says.

Prof Ding, the Ceibs dean, adds that Chinese schools are held back by a dearth of faculty because PhD programmes are lacking in China. “Almost all the top professors are educated overseas,” he says. “China has little capacity to generate its own talent. It will take decades before Chinese business schools become world players.”

Andrew Main Wilson, chief executive of the Association of MBAs, says that students are the real winners from greater competition and collaboration between Asian and European institutions. “It encourages schools to improve the quality of their educational offering, and facilitates a greater understanding of global business and different cultures,” he says.