Average GMAT Scores Are Increasing—So Are MBA Applicants Getting Smarter? 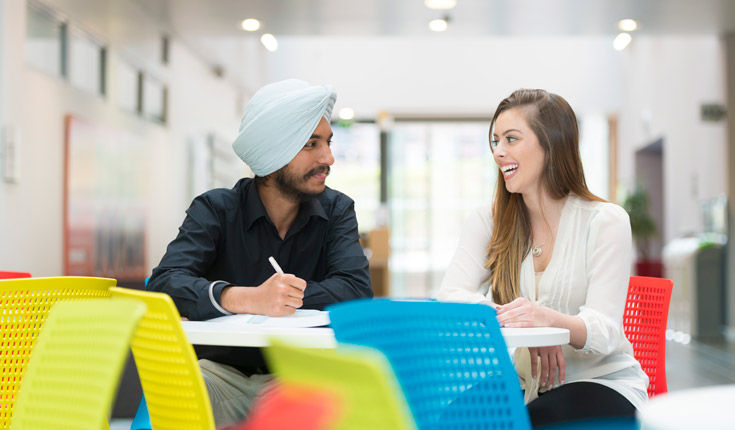 The Ivy League may have suffered a recent drop in MBA applications. But there’s one crucial metric that kept rising this year: average GMAT scores.

This suggests that the world’s most selective business schools have become even more choosy about who they admit to their prestigious MBA programs.

These four schools have a score at the 96th percentile of those who have taken the GMAT, or in other words: only 4 percent of test takers scored higher.

Are MBA applicants getting smarter?

“Getting into a top business school has always required a strong GMAT, or more recently, GRE score,” says Dennis Yim, Kaplan Test Prep's director of academics. “But it’s notable how much higher those average scores have become over the past few years.”

There are more GMAT test prep options than ever before, schools say. So it could be that candidates are better prepared before the test and the scores reflect this.

Dennis and other experts on standardized testing also point to MBA aspirants becoming more strategic, rather than smarter to explain the GMAT score increase.

Since GMAC began allowing test-takers to see their scores before deciding whether to toss them, score cancellations have jumped, with candidates retaking the test to achieve higher scores. Because the lower scores are no longer included in the equation, it makes sense that scores overall are higher.

But because schools no longer see whether a test score was killed, some prospective students lament the fact that scoring highly on the first attempt “is no longer an admissions differentiator,” says Dennis.

Business schools’ decisions to target higher GMAT averages, and applicants’ growing awareness that raising their GMAT will increase the odds of acceptance, are factors that have also pushed average scores upward.

“If a school doesn’t need to consider lower scores to fill a class, a candidate does run the risk of being overlooked,” says Brandon Kirby, director of MBA recruitment and admissions at the Rotterdam School of Management (RSM).

But the trend also provides leverage to those candidates with higher scores, he says. “Since application volume is down, they’ll most likely receive more offers and therefore [have] more choice.”

Brandon explains that while he puts the GMAT on the same level as the admissions interview, a weak GMAT score alone is not usually enough for him to reject a candidate.

Still, business schools see the GMAT as a reliable and valid measure of verbal and quantitative skills, which are important in graduate business study. And schools can increase their MBA rankings in publications like US News by raising their average GMAT scores.

Although test scores are only 16.25 percent of the latest US News ranking factors, they are the most controllable factor.

Why your GMAT score matters

The GMAT is just one piece of the admissions puzzle, of course. Schools stress that they take a holistic view of all elements of an application—essays, interviews, recommendation letters, et al.

But “a low GMAT score can prevent an otherwise strong applicant from being admitted,” says David White, founding partner of Menlo Coaching, an MBA admissions firm.

According to Kaplan’s 2018 business school admissions officers survey, among all the factors in the admissions process, a low standardized test score remains "the biggest application deal-breaker".

David says applicants with lower than average GMAT scores must offer high value to the MBA program on other dimensions, such as bringing a valuable network to the school, showing the potential for rapid career advancement after the MBA, or having a unique skill (like knowledge of data analysis or coding).