What Does President Biden Have Planned for Your Student Loans? 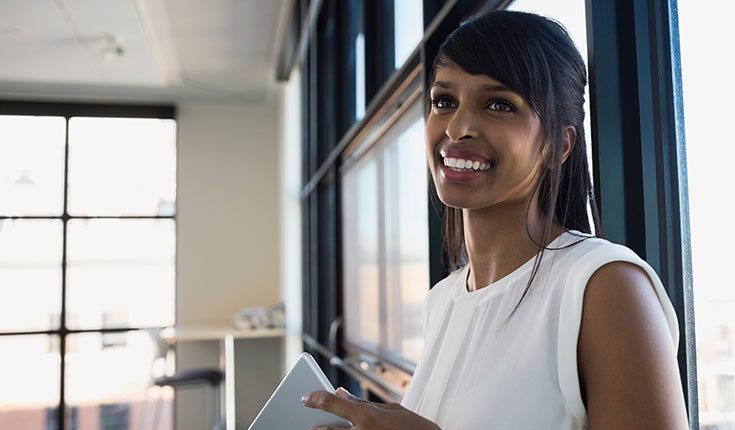 Joe Biden has paused undergraduate student loan repayments for the next eight months, and looks likely to forgive some debt altogether. Could this make it easier to pay for a graduate business degree?

In one of his first acts as president, Joe Biden paused undergraduate federal student loan payments until September 30, 2021. Throughout this period, no one is required to make repayments and all interest is frozen.

The announcement will come as good news for the 45 million Americans currently paying back federal student loans.

Total debt stands at around US$1.6 trillion, with the majority of borrowers owing well over US$10,000. Every month, millions of graduates pay hundreds of dollars in student loan repayments—money which could be invested elsewhere.

Do you have undergraduate student loan debt?

Here’s what you need to know about Biden’s student loan plans, and how the policy changes could work to your advantage if you’re considering a graduate business degree.

Throughout the coronavirus pandemic, halting student loan repayments has been a key part of the relief effort. Loans have been frozen since March 2020, as part of the US$2.2 trillion CARES Act stimulus package.

Under Trump’s presidency, loan payments were initially frozen for three months, with continuous extensions that were due to last until January 31, 2021. By freezing repayments for eight months at the get-go, Biden is allowing time for vaccinations to roll out and economic recovery to begin.

Biden has also given himself a good window of time to work out a long-term plan for these loans. While campaigning for the presidency, Biden backed legislation that would forgive US$10,000 of federal student loan debt per borrower, which would wipe out debt for more than 15 million borrowers, and half debt for a further nine million.

Senators Elizabeth Warren and Chuck Schumer have advised Biden to go further, however, proposing that US$50,000 is written off per borrower.

This cancellation would likely be income-dependent, and only apply to borrowers earning less than US$125,000 per year. This is worth bearing in mind if you plan to study an MBA, but still have undergraduate student debt.

The average MBA salary was US$115,000 in the second half of 2020, according to the Graduate Management Admission Council (GMAC). However, in the 75th percentile, graduates were earning $125,000—moving them over the likely threshold for loan cancellation.

With Democrats in control of the Senate, and key voices like Warren and Schumer advocating for student loan cancellation, some form of ongoing relief seems extremely likely, although by no means guaranteed.

Whatever happens with federal student loans could have far-reaching implications for anyone considering graduate business school degrees. If you’re still paying off your bachelor’s degree, you might be reluctant to enroll if it means taking on additional debt.

According to GMAC, business school applicants with pre-existing student debt are almost 10 percent more likely to be put off business school because of the financial investment.

And although there are hundreds of scholarships on offer, they rarely cover full tuition fees. On average, scholarships pay for 26 percent of the cost of business school among candidates who have undergraduate student loans. Along with these fees you’ll also need to consider living costs, healthcare, and course materials.

These expenses add up, so it should come as no surprise that almost half of MBA students at top programs take on over US$100,000 of debt to fund their studies, according to Bloomberg Businessweek.

If undergraduate student loans were cancelled, this could remove one obstacle for people who want to attend business school but are worried about the cost, with the total cost of some full-time MBA programs exceeding US$200,000 according to the BusinessBecause Cost of MBA Report 2020.

With these loans eliminated, candidates could instead put more money into savings, ready to invest in education.

One Harvard Business School study also suggests that without student loans weighing on their mind, graduates are more likely to take risks that lead to higher salaries—such as moving states or changing jobs. With greater financial security, they’re better positioned to invest in themselves by studying an MBA or business master’s.

It’s still unclear whether and how Biden will cancel student debt after September 30. But one thing is clear: student loans are now a major talking point. With luck, this could be the beginning of a larger conversation about how we can continue to make business school education more accessible in the United States.

Want to explore your options for paying for business school? Check out more content related to scholarships and financing.