An MBA in Shanghai Bridges the Cultural Divide 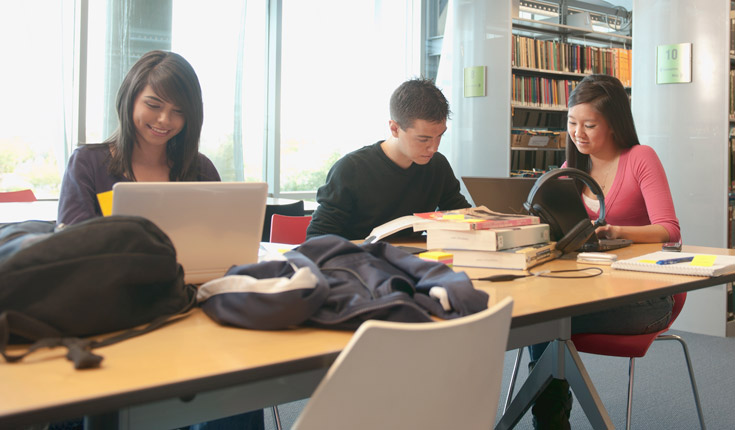 Kevin Shimota’s programme at Ceibs offers insights into how east and west work together:

I am from a small north-west US town called Bellingham, close to the Canadian border and I always wanted to leave and see the world. In my third year of high school I went to Spain for a year. I loved it, but as I dug down into Europe I discovered it was culturally similar to my background. When I went to Beijing for my third year of college, the culture grew more different the deeper I dug. The more I learnt of the language, the more surprises there were and, strangely, the more I learnt about myself.

I decided I would come back and learn more. But first, I wanted to prove I could have a successful career in the US because I saw western people in China who I felt were fleeing their country rather than going towards opportunity.

I returned to the University of Washington for the last year of my international studies degree, though I continued to immerse myself in Chinese. I joined five Chinese student associations, made lots of Chinese friends and was the first non-Chinese on the youth leaders programme of the Greater Seattle Chinese Chamber of Commerce. When I asked to join, the woman I spoke to said in Chinese to her friend: “But he’s not Chinese.” I replied: “But I can speak Chinese.”

I landed a job at aircraft-maker Boeing as a supply chain manager. My idea was to one day manage suppliers in China, but despite my passion and ambition – I visited the company’s Beijing office twice during vacation – Boeing only hired locally, except for manager or field specialist roles. It was around that time that I decided to apply to do an English-language MBA in China.

I chose Ceibs (China Europe International Business School) because it was the best internationally ranked business school in mainland China and I wanted to try living in Shanghai. I was a bit wary as I had heard students at Ceibs could be very competitive and cut-throat, but that proved not to be the case at all.

There were about 180 MBA students: some 60 per cent were mainland Chinese and 15 per cent foreigners. The rest were “in-betweens” – those who had Chinese parents but had grown up elsewhere or had moved to China as children. These are people who can move freely between the west and China, which can seem like two worlds sometimes.

My favourite class was finance because it was my biggest weakness and because numbers transcend culture and language. In marketing and strategy classes the foreigners with better English would dominate the discussions, while in my accounting class, our Chinese coursemates with local knowledge would tell us the difference between the theory and how it is applied.

Another very useful course was on organisational behaviour – we talked about power for pretty much the entire class. Thinking about hierarchy, power and respect is really important in companies, particularly in Chinese ones. Of the things I learnt at Ceibs, this was one that helped me a great deal when working in China.

Ceibs hosts a case competition each year and I was on the organising team. The sponsor was WeChat, the social media app developed by Chinese technology group Tencent. WeChat wanted to do a marketing trip across the US, inviting students to participate. Being the only American on the organising team who spoke Mandarin, I was invited.

We developed a good rapport and WeChat invited me to apply for an internship. After many interviews, in Mandarin and English, I secured one, which later became a full-time post in global marketing and partnerships in China.

At first I worked mostly with global companies entering the Chinese market, whereas now I focus on companies in tourism across the world, helping develop their WeChat digital strategy for Chinese tourists travelling overseas."

In the future I would like to support education projects that help Chinese students abroad feel less isolated. When I made all those Chinese friends in the US, many did not want to speak English. They would say: “This is my fourth year and I haven’t really made any American friends, except for you. I can do a test in English, but I don’t really feel like speaking it.” I don’t think that was because they did not want to make friends but they just did not really know how or have the opportunity.

I do not see myself leaving China permanently. I would like to be in a role bridging the US and China, helping Asian and international students come to the US, immerse themselves and really make friends.